Can you expect an old-school Swedish death metal band that’s been pumping out consistently solid releases for around 20 years to disappoint? If you’re answer is “yes”, then stop reading, because you won’t find what you’re after here. If it’s “no”, read on my friend… 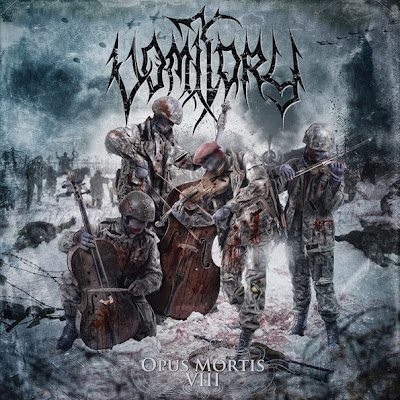 Vomitory haven’t really changed much at all since they began back in death metal’s early days, but they have been reasonably consistent over the years, and from what I’ve heard of their discography, you can put on just about any album and have a good ol’ time. “Opus Mortis VIII” is their eight studio album, and it’s one hell of a riff-fest!

Each song on “Opus” flows on from the last into the next rather seamlessly and is generally chock full of quality riffs, interesting Swedeath style breakdowns, ripping solos, pounding beats, heavy basslines and evil as fuck vocals. My favourite tracks would have to be the opener “Regorge in the Morgue”, which grabbed me by the short hairs instantly and got me into the groove, “The Dead Awaken”, which is a perfect example of a good Swedish-style death metal song done right, and “Hate in a Time of War” which is a more mid-paced and “epic” sounding number that stands out from the rest. I personally don’t think there are any filler tracks on here, either.

The production job is damn good, with a nice bass-heavy/muddy-guitar type mix that suits their sound perfectly. All in all, you can expect a well-mixed old-school death metal album that ticks all the boxes for your macabre needs.