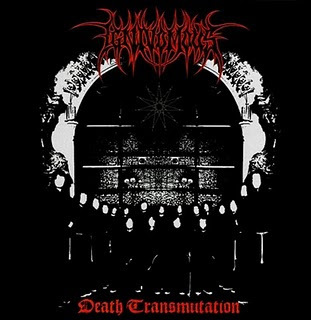 Something about modern Death Metal just rubs me the wrong way. Death Metal is NOT meant to sound polished and clean, it’s supposed to be ugly, dirty and evil. There’s nothing worse than seeing a bunch of emo-kids chugging along on their ridiculously down-tuned guitars and claiming to be re-inventing the wheel for “Death Metal”. Every now and then, though, a band will rise up from the ashes of Old-School-Death-Metal (OSDM) and just kick my arse so hard I don’t know what hit it. Ignivomous is one such band.

Featuring past and present members of prominent Australian bands such as Destroyer 666, Abominator, Destruktor, Earth and Urgrund among others, and formed in 2006, these boys play Death Metal via the old-school Swedish and New York scenes (among other, less obvious influences, of course).

I don’t even know where to start with describing this album. Everything about it just REEKS of pure old-school aggression and darkness. The riffs, the vocals, the drums, the low-end, the compositions, the lyrics, it’s ALL there and it’s ALL great! I can’t stress how crushingly heavy every single song on this record is. Anybody into OSDM needs to hear this album as soon as humanly possible.

All I can say is, Ignivomous have brought back my faith in Death Metal. All hail the old-school!

www.myspace.com/ignivmousmetal
Posted by Vagabond at 6:49 PM