A lot of you will remember the first release of Pete Helmkamp’s latest recording project last year; the intense “Cloven Hooves at the Holocaust Dawn”, which was the best release of 2010 in my humble opinion. Sadly, this band has since come to an end, and their second and final release “Necronaut” has been released posthumously on Nuclear War Now! back in May this year. 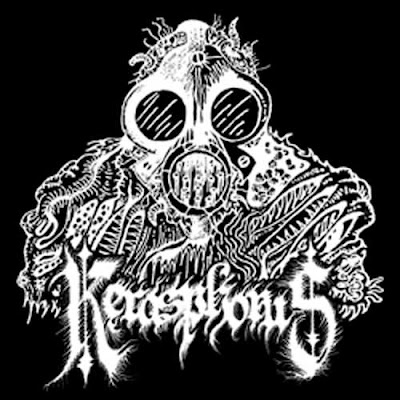 The first track on this 2 song EP “Locust Nexus” really picks up where “Cloven Hooves…” left off with hard-hitting riffs, speedy drums and Pete’s signature rasp all working together to create some of the most intense black/death metal I have ever heard. The more mid-paced sections are just as unrelenting as the chaotic parts and everything flows together perfectly, creating one hell of a ride.

The second track “Through the Spiral Void” starts off with a short, slower, almost droning intro before the vocals and drums come in, still at a slower pace until at about roughly one minute in things start speeding up and settling into the sound Kerasphorus are known for once again. There is only one word that can describe this band… relentless.

It’s unfortunate to see such a great band come to an end after two short releases, but at least they went out with a bang. Kerasphorus will not be forgotten. Buy this. 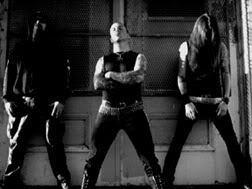