The Furor - War Upon Worship 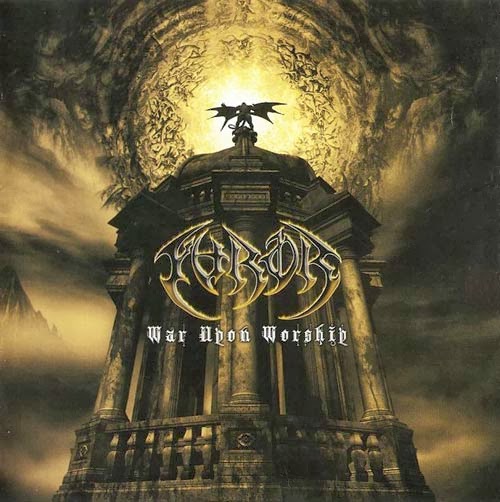 Based in Perth, THE FUROR unleash their third opus titled, “War Upon Worship” – and right from the word go, the warbeast that is THE FUROR demolishes absolutely everything that stands in its path – not even the great wall of China is strong enough to bear its power. It’s been a long time since I’ve heard a band capable of composing such furious and intense compositions. Describing their sound, I would have to say its something like a mix between IMPIETY, MELECHESH and ABSU. It is immensely intense, every fucking track, traveling as fast as a missile at speeds of Mach 666 – and with relentless precision!
One of the many things I find amazing about THE FUROR is their ability to make technicality and substance compatible with each other, and that is why “War Upon Worship” is such an addictive listen. Almost every time I put it on I hear something I haven’t heard before. The music is certainly melodic in some aspects, but does little to deteriorate from the hammering brutality that reigns throughout its course. There are plenty of epic moments throughout this album, courtesy of the blindingly vicious guitar riffs and the absolute hell it evokes.

“War Upon Worship” is a nearly perfect Black/Death album, maintaining a healthy Black Metal Influence, but still taking a lot from Death Metal, and not to forget the interaction of thrash riffs. The guitar tone is as fitting as it gets, with a clean/audible sound – and same applies to everything else, although very far from sounding over polished or plastic, in any sense. I sincerely swear, that if Lucifer himself were to decade upon a band to encapsulate a certain type of smoggish atmosphere that relates to pre-war fear that would instil fear into any feeble God, then with all certainty, this would be the band to represent it – much akin to some form of Maori tribal dance prior to battle.

Yes, great album. Nice review too. Have you heard Mhorgl and Malignant Monster? Rando drums for those bands as well as Impiety.