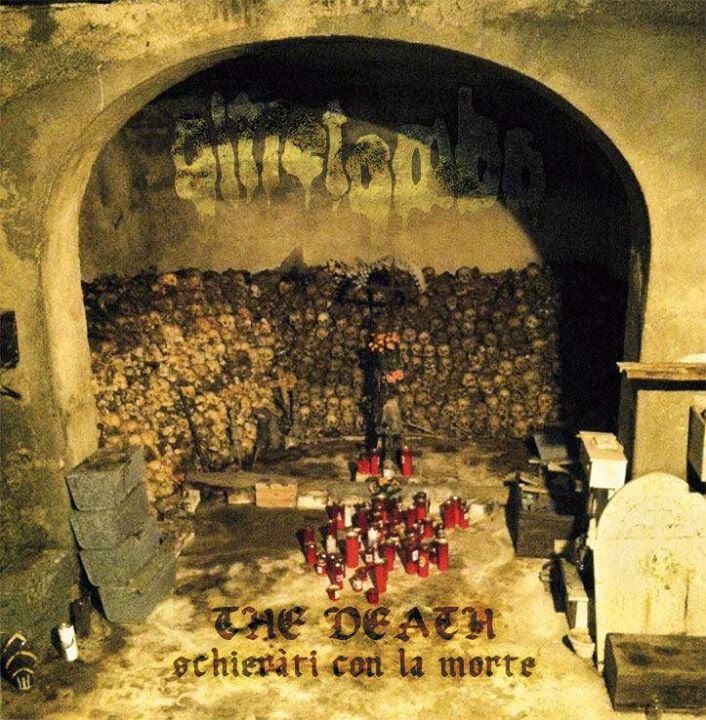 Oltretomba arises from the shadowy depths of Italy's underground and reveals their first full-length to the world, released through Fistbang Records (Greece). The album in question consists of eleven tracks of stomping old-school Black/Death in the vein of the old masters.

After subduing you with an eerie intro, the band gets straight down to business with “Crash the Disincarnated,” opening with tribal-ish percussions and a brooding build-up riff before all madness breaks lose – and before you know it, you will find yourself completely submerged in morbid blackness. A very evident murky and occult-like feel manifests itself throughout this album, which reminds us of older Mortuary Drape, along with straight-up vicious guitar riffing reminiscent of earlier works from Morbid Angel and Necrodeath. Musically, Oltretomba keeps things fairly simple, with a few technical arrangements hither and thither. Without ever sounding too flashy, they deliver an abundance of crushing, yet intensely catchy riffs, some sharp enough to slice your brain in two. The vocalist has an excessively deep and coarse grunt, which brings to mind the vocals of Wildness Perversion. The drums are implemented with skill and creativity, shifting from mid-pace to more rapid speeds with ease. Oltretomba's style, I would say, is predominantly old-school Black Metal, although not without a good dose of Death and Thrash elements, which is prominently displayed throughout the album.


“The Death – Schieràti Con La Morte” is an excellent example of songs that are infectious and melodious, yet somehow still manage to be menacing as fuck. This is not retro metal. This is a celebration of metal’s roots – a portal to the realm of 80's Occult Metal. No keyboards; no sweet melodies; no flashy musicianship – just pure balls to the wall, skullfucking Metal of Death. Check them out if you enjoy bands such as Mortuary Drape, Bunker 66, Morbid Insulter and Blood Storm.