Innsmouth are a 3-piece death metal band hailing from the Blue Mountains of Australia featuring former members of Grenade and Stone Wings. They released a demo entitled “The Departure of Shub-Niggurath” back in 2009 (which was great), then last year they put out their 7” EP “She-Goat”. After catching them live at Evil Invaders III a couple of weeks ago I knew I had to track down a copy of the 7” and I’m certainly glad I did. 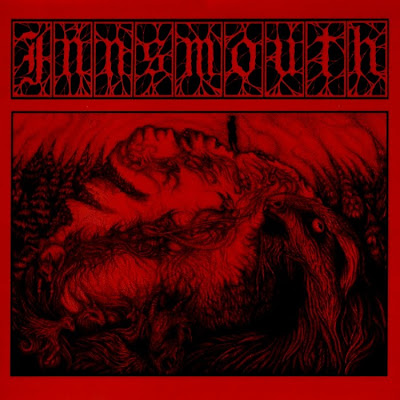 Their style is a unique assault of old-school death metal with the odd touch of thrash and black metal. The highlight of their sound is definitely the rough guitar tone which sounds unlike any other band I’ve heard; it fits the dark “Lovecraftian” atmosphere perfectly. The drum sound is very organic with a blatant disregard for unnecessary blast beats, using them only when it fits the mood instead of abusing them like SO MANY death metal bands out there, and triggered drums. The bass is quite audible and allowed to shine through in certain parts of the songs, which is fantastic. The vocals are sinister and sound like a beast best left unmentioned!

Both tracks featured on this 7” are of the highest quality musicianship you could ask for in a band of this style. I couldn’t choose a favourite of the two as both are absolutely drenched in a deep and dark atmosphere fitting of the themes used.

Anybody into old-school death metal and the works of HP Lovecraft should definitely try and track down the cassette and 7”, they’re both solid underground metal releases that I couldn’t recommend more.

AVAILABLE AT: Abysmal Sounds and The Coffins Slave
Posted by Vagabond at 8:51 PM