What if Wolfpack got together with Dismember and drank a shitload of beer while listening to the early works of Autopsy, then went and recorded an album together? Well, you would have Miasmal.

Formed in 2007, these Swedes have been honing their craft for a couple of years now, having released a demo, and EP, and now a full length (all 3 of these are self-titled, heh, and if you’re lucky enough to score the CD release from Dark Descent, the demo and EP come packaged with the album). 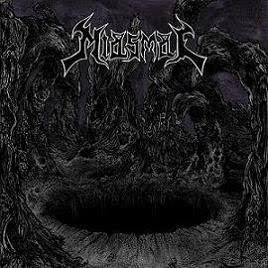 The songwriting is top-notch here, going from driving d-beat madness to slow dirges within seconds. There really is not a single bad track or boring moment to be found. Production is murky yet clear and audible so I have no complaints there either! The opening track “Mesmerized” sucks you in straight away with its rampant warlike aggression and catchiness, while songs like the intense as hell “Toxic Breed” keep you wide awake and don’t stop the madness.

I think I may have found my new favourite death metal release of the year with “Miasmal”. This album is fucking disgusting and I love it. It may derive a LOT from the early death metal and crust masters, but give “Miasmal” a listen and tell me it doesn’t sound fresh.