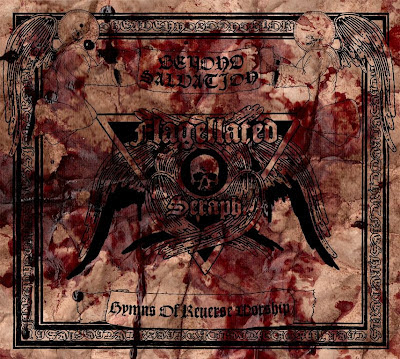 Flagellated Seraph seem to have popped up out of nowhere, baring little information about the band except that the member(s?) has been involved with Putrified and Infuneral. “Beyond Salvation” is the Stockholm based black metal bands first and only studio output so far; a full length which was released back in July on the excellent label, Hellthrasher Productions.


Given that this is Flagellated Seraph’s debut release and there is almost no available information regarding the band, I really had no idea what to expect and dove in to “Beyond Salvation” blindly. Listening to a new band with no expectations is always an interesting experience and my experience with “Beyond Salvation” was a rather enjoyable one. Upon pressing play, I was greeted with haunting organs and melancholic yet heavy guitar lines accentuated by a surprisingly audible bass presence.

Flagellated Seraph don’t exactly bring forth a “new” outlook on European black metal, but, they do throw some interesting things in to the mix such as the aforementioned organs, melodic yet hard-hitting riffs, vocals that sound like Martin van Drunen doing his best attempt at black metal, a few moments where the bass takes the lead and is allowed to shine and there are also some slower, more depressive sounding parts which fit in well with the more aggressive or dissonant sections. The mixing and mastering, which was done by Devo from Marduk at Endarker Studio, gives the music a somewhat clean sound that still sounds suitably rough and sick.

“Beyond Salvation” is a well written album that the band obviously spent a lot of time on and really surprised me, given that Flagellated Seraph appears to have come out of nowhere. If you’re a fan of Swedish black metal, I’d recommend giving it a shot.