Vagabond's Band of the Week: Adversarial 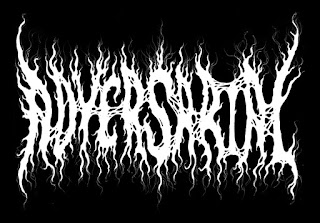 Hailing from Canada, Adversarial is a relatively new to appear on my radar. Taking obvious inspiration from bands such as (early) Morbid Angel, (early) Deicide, Angelcorpse, Blasphemy, Revenge and the like, Adversarial can also be compared to countrymen and labelmates Begrime Exemious in that they play some seriously mind-bending and gritty old-school black/death metal, making them a perfect candidate for the Dark Descent Records roster.

To date that have released a demo ("Thralls" - 2008), a full length ("All Idols Fall Before the Hammer" - 2010), an EP ("Prophetic plain of Abyssal Revelation" - 2011) and a split with fellow Canadian extremists Antediluvian earlier this year. I would recommend any of these releases to all fans of raw and violent Canadian filth.

These guys - absolute fucking mayhem. Their split with Antediluvian is excellent. Good choice.