Assaulter is a three-piece black/thrash band from the central coast of New South Wales, Australia who has been around since 2004. They have previously released two demos, an EP, a full length entitled “Salvation Like Destruction” and a split 7” with Trench Hell. Boundless is their second full length, released on March 11th, 2011. 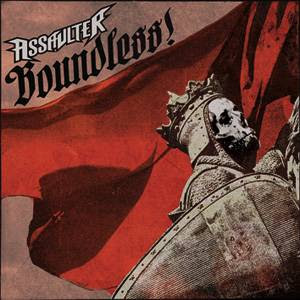 Their sound is best described as a mix between Australian comrades Destroyer 666 and Gospel of the Horns, German thrash metal titans Kreator and Destruction with a bit of Mercyful Fate flair in some of the songs. Their first album was clearly more black metal influenced, where as this second full length is a much more thrash orientated offering.

This is an album chock full of variety. It begins with two straightforward thrashing tunes to get you in the mood, then leads into something more akin to a dirtier Mercyful Fate with not much thrash except for the snarling Teutonic inspired vocals. There are also some odd yet subtle middle-eastern/ethnic type rhythms and arrangements thrown in here and there, which keep things interesting and are definitely not the type of influences you would expect to hear on an Australian thrash release!

It’s quite refreshing to hear an Aussie black/thrash band who doesn’t ride all over KK Warslut’s dick (which is kind of ironic, considering mainman S. Berserker has played in D666). Assaulter certainly has a lot to offer musically, as you can hear a clear progression from “Salvation Like Destruction” to this release. Not only are there plenty of musical improvements, but the production on this album is perfect for their sound and I feel this band has really found their element with “Boundless”.

It’s extremely hard to choose a stand-out track on this monster of an album, but the 5th track “Perpetual War” is definitely a high point, and an extremely varied song that showcases everything that “Boundless” has to offer.

I really don’t think there is anything else I can say about this album. Buy it. And buy the first one. And buy everything else they release in the future.