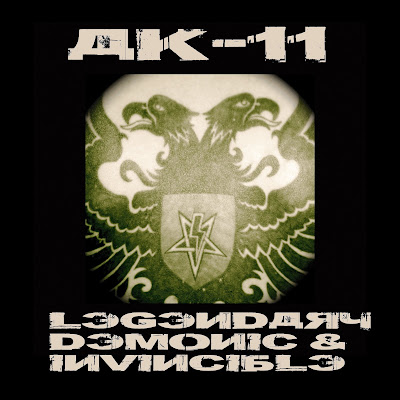 Musically AK-11 sounds like a mix of Emperor’s epic melodies and Marduk’s warlike intensity. So basically, it’s pretty much straight down the line aggressive black metal with an epic flair to it. The song structures are interesting and actually seem to go somewhere, which isn’t too common in the world of one-man black metal projects and obviously is a major plus in the bands favour. Valak is competent with all his instruments, although the bass is nonexistent, but that’s kind of typical for this style anyway. As for stand out tracks, the title track is a fuckin’ ripper! Even if it is the shortest song.

There’s not really much else I can say about this… but the mixture of English and Russian lyrics is a nice touch and I enjoy the combination of all out aggressive riffage and epic melodies. I’d definitely be interested to hear further releases.