Perversor – The Shadow of Abomination 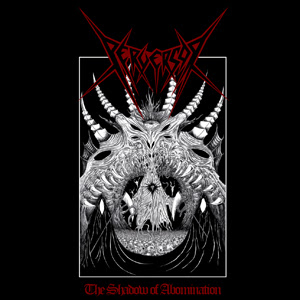 Perversor is a 4-piece from Chile who plays a style that I would describe as bestial blackened deathrash. Influenced heavily by the old-school Brazilian scene, “The Shadow of Abomination” is the bands fourth release and the follow up to their killer split with Mexican warmonger’s Morbosidad.

Stylistically the band aims for a straightforward evil and bestial attack not unlike legendary acts Sarcofago, Bathory, Possessed and Sodom in their early days. Simplistic yet hard-hitting and fast riffs will have you banging your head like there’s no tomorrow, the drums pummel inside your skull like some kind of batshit insane machinegunner, the bass is there doing it’s thing and the vocals utter evil war commands from a bit back in the mix, which provides an “ominous” and old-school effect.

I’ll be eagerly awaiting the next slab of demon metal these bastards puke out!

Very nice site and article. Amazing one, i appreciate this work.... This is a wonderful post Hey I see smart blog, I love it greatly because I cannot find anything better than your authors.Thanks, I agree that this will be a great help for me.. :)