Sanguinary Misanthropia – Loathe Over Will

Sanguinary Misanthropia is a black/death metal band from Melbourne, who have so far put out a few EPs and a demo. “Loathe over Will” is their debut full length, which will be out soon on Supremacy through Intolerance. Previously, I had only heard two of their EPs, but that was enough for me to happily oblige when one of their members asked if I would like to do a pre-release review for their album. Since the album is not out yet, please excuse the lack of album art in this post. 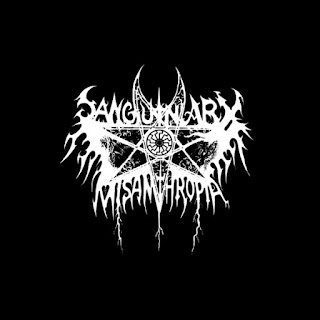 Sanguinary Misanthropia tends to blend a few different influences together, I’m thinking a touch of Norwegian black metal here, a bit of Dissection and Watain style so-called “Orthodox” black metal there and a healthy dose of bestial war metal to keep things interesting. Within the songs present, you will find; straightforward tremolo passages reminiscent of early 90s black metal, blasting and forceful breaks that remind me of earlier Impiety, Angelcorpse and the like and more melodic sections that remind me of the aforementioned Swedish “Orthodox” black metal bands. All this combined makes for some very interesting and pretty original music.

The songs are all well written and interesting examples of occult black/death metal, although, some of them may seem to drag on a bit due to being rather long, but that’s small potatoes and I doubt many people into this type of music would get bored since the band does a good enough job at changing things up. That being said, if you are going to listen to this album; make sure you set aside a good amount of time, because it is a long one, with most songs ranging from five to ten minutes in length and the whole thing stretching out for over an hour. Sanguinary Misanthropia is not the type of band to do things half-arsed.

I’m not going to list my favourite tracks, as I feel “Loathe over Will” needs to be appreciated as a whole piece of music in order for you to understand what it’s all about, not split up into individual songs. However, I will mention that so far, this is the best black metal release that I have heard this year. Grab this when it comes out, you will not be disappointed.