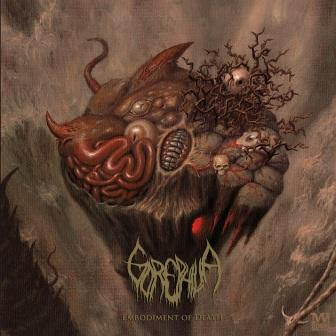 Gorephilia is a death metal band hailing from Finland who formed in 2006 under the name Goretexx, which was changed in early 2007. They play a unique yet deliciously old-school style of death metal, sticking to a 90’s OSDM template yet taking elements from Incantation, Morbid Angel, Vader, Immolation and various other bands from the Swedish, Dutch, Polish and American scenes… and of course; the ancient Finnish death metal gods.

Gorephilia waste no time in picking up where they left off with last year’s effort “Ascend to Chaos”, quickly dragging the listener down into the darkness with their thunderous guitar tone and eerie tremolo patterns spread over dense drum work and subtly crushing bass tones. The vocals have a bit of Van Drunen mixed in with a bit of Craig Pillard and fit the mood perfectly. These Finns have a knack for changing up the pacing which keeps things interesting, going from plodding dooooooooom to all out blast-fests sometimes even in the same song!

The real highlight of “Embodiment of Death” is the production. It’s cavernous, evil and unforgiving yet still sounds totally professional and listenable; a difficult feeling to capture!

While “Embodiment of Death” is not the type of album I could listen to every day, as I would prefer to bring it out specifically when a certain mood calls for it, Gorephilia have crafted something truly unique that stands above the many clone bands that haunt the death metal landscape today.