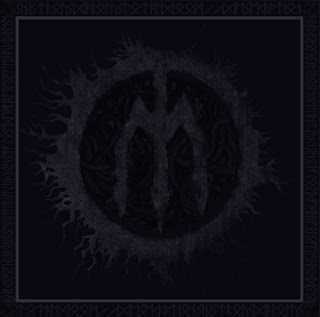 Sinistrous Diabolus is a doom/death metal band from New Zealand who have apparently been around since 1991, although it seems they had a long hiatus from '93 'til 2010. "Total Doom//Desecration" is their debut album, which has recently been released on up-and-coming NZ label Internecion Productions, who have previously released material from Vassafor, Blood of the Moon and Lantern (so, definitely a label to watch for in the future!).

Sinistrous Diabolus present a rather varied form of death/doom, taking just as much influence from bands such as Asphyx and Autopsy as they do from the likes of diSEMBOWELMENT, Winter and Evoken. This "mixed bag" approach is what really made Sinistrous stand out to me when I first heard the album, as a lot of death/doom bands tend to stick to one formula, which is all well and good, but can often become tiresome.

In regards to production, careful attention has been paid to ensure that the record sounds sleek yet unpolished and thick yet audible. The bass and guitars are mixed in a way that allows them to complement each other really well and allow both instruments plenty of time to both breathe and shine. Even the drums carry a lot of depth with them, something that can often be ignored in the mixing process. Overall, the production couldn't possible be any better for this particular album.

Aside from the contrast between solid death metal and slow, crushing doom, there are occasional moments of droning and atmospheric ambiance which is used to break things up at the right time. These moments are used sparingly and not overdone, adding just the right amount of darkness to an already bleak record.

After reading all of my praise in this review, I must sound like an easy man to please, but that couldn't be further from the truth. It's a simple fact that rarely will a doom metal album impress me as much as Sinistrous Diabolus have with Total Doom//Desecration. This record may not be the best, or even the most original release out right now, but it is representative of a band who really took their time to craft something great and with that, they have left me very eager to hear anything they produce in the future.