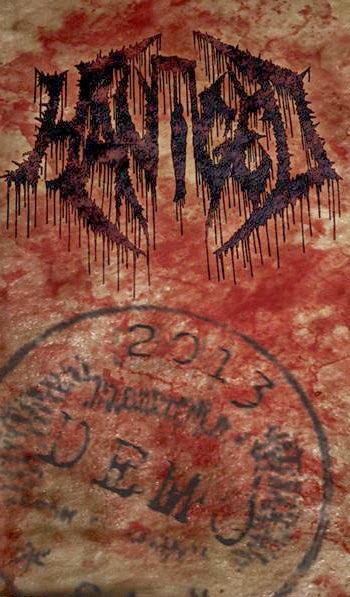 Hailing from Croatia - HANGED "noose's out" their very first demo, which consists of three devilish cuts of pretty straight forward, rusty Death Metal, played in one of the most purest old school forms. Some moments echo earlier works by OBITUARY and IMMOLATION, and even a few touches by obscure Swedish Death Metal acts. For the most part, the music seems to float in a mid-pace territory, with fun and catchy riffs, accompanied by a competent bark, that always seems to be in the swing of things. Taking into consideration that this is the band's first effort, I won't be pointing out too many negative qualities, except I feel the band can do a little more to add some identity to their sound. The total duration of the demo hacks and stabs at a mere thirteen minutes, a rather prevalent appetizer of what's to come. Let us hope that a full length album sees the light of day.