After our first label presentation, we thought it would be time for a new one.
So here's a talk with Marcel from Germany, the guy behind Bellum Musicae.
Bellum Musicae is a quite young label with only 3 releases under their belt.

1. Horned salutes! Hows it going these days? If you don’t mind, tell our readers a bit about your musical activities and how you got started in all this.

Bellum Musicae first appeared under the name Impaled Angels in the 2nd half of 2012 as an online 'zine. Back then, the reason to start an online 'zine was that I thought that other sites weren't really featuring the artists I like or that are off general interest or interesting at all. I always had to use a massive amount of websites to get what I like.
The majority of 'blogspot zines' focused in extreme metal feature projects they're buddy-to-buddy with to give them well-meant but rather bad promotion with the most generic questions an interviewer could ask.

After a short time - still as a pure online mag', I changed the name to Bellum Musicae.
Let's face it: Impaled Angels could come from a 15 year old kid Dimmu fan who is in need for something that sounds evil.
I was also blessed with great helpers.

Bildkunstschmiede for example did the whole blog layout in an extremely short amount of time. Additionally I want to give a special 'thank you' to: Michael Ray, my current co-writer Jani and to Geo who did the first Bellum Musicae Podcast with me.

All this was not answering the question you made up so let's continue with the hard facts.

Alot of the record labels around have a concept. They release only stuff from a certain genre or a certain circle of musicians/bands.
Bellum Musicae does not do that. Bellum Musicae = selfishness.
I release what I, and only I like.
As a person with a very varied and sometimes strange music taste, this could lead to an interesting mix in the future.
I would release space ambient stuff if I find it appealing.
Imagine Razorback Records would release spanish neofolk. Hilarious.
Here, everything is possible.
Why have I started the whole label thing in mid-2013? I just did it because it felt right. Somehow you have to spend your saved money I suppose...
The three outputs of Bellum Musicae so far are:

At the moment the future is open. There is nothing specific yet about a possible next release but alot of things are getting discussed. We'll get along somewhere between Australia, Paraguay and Germany. What I can also say is that the next one will be a tape or a compact disc release. Or a shirt.

2. The two releases you send me for review were on tape format; how many copies did you press of each release and what other formats do you specialise in? What’s your most preferable format in terms of releasing and collecting?

Both, the Misty Grey and the Hanged tapes were a run of 100 copies while the Dront 7" has as limitation of 200 copies overall, 160 vinyls being black, 40 being red. This had pure economical reasons. Small budgets mean small releases.

Tapes are my absolute favorite format. No 'kvlt' reasons behind my favorization, they're portable, cheap and do the job, that's it! Music matters, not format.
Still I like music being available on all possible formats - for the audiophile.
The worst format for me personally is the 7" Vinyl.
7 inches are the retarded brother of the demo tape. It's for kvlters, hipsters and other idiots. Unnecessary as fuck and from my record label point-of-view totally out of proportion concerning costs. It's a luxus article through and through.

3. Please tell me about your latest releases.

Our latest release (I say our because it's a co-release with Urtod Void) is the debut EP of the swedish Hard Rock / Doom band Dront.
Me and Igor from UV became good partners over the last year and we're on the same wavelength. It was at hand that we will do another release together in time.

If I had to describe Dront, I would say they are a swedish 4-piece powerhouse playing high energy rock 'n' roll. All the best attributes of Stoner, Doom Metal, Hard Rock unite and incarnate in their 'Ozymandias' debut.

The two most charming things about Dront are: Vocals like young Ozzy and the immense bass sound. Huge respect to their producer Niels Nielsen, he really did a great job with this and the whole mix in general.
Even if the EP is not even crossing the 10 minute mark, all songs are catchy, especially 'Afraid to die' which is also my favorite song. It's music for driving fast on the highway. 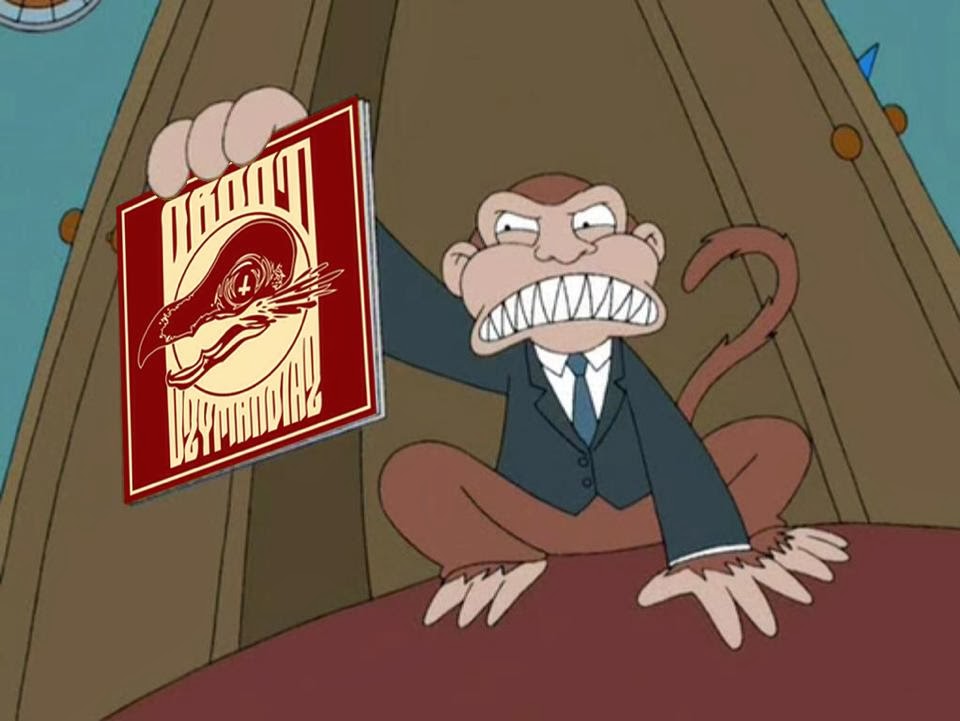 Maybe a fun fact for those who care: The songs on the EP are in the wrong order. It was intended that 'Afraid to die' would be the opener but during the process of putting everything together, we somehow fucked it up and the title track ended being number one.

4. How do you usually get in touch with the bands your work with? Do you happen to receive any promos from time to time, whether it be for a review or a band looking to have their stuff released?

Usually I sit down infront of my computer. Then I turn the computer on. Then I start my browser. Then I check my emails, then I read them...
I for example found Misty Grey on Bandcamp, they streamed their Demon EP there. I contacted them and the rest is history.

The story with Hanged is weird. Ronnie Ripper (ex-Gehennah/Turbocharged) posted their demo as a Youtube link on Facebook, I figured out that they're unsigned and he put us in contact.
So, I signed a Death Metal band because some weirdo posted a Youtube link. This makes them the Justin Bieber of Death Metal.
Ronnie also did the whole layout for the tape inlay and the tape design itself.
It is no exaggeration when I say that he is a true supporter of the underground.

For Dront: what I wrote at first

Reviews are always a big problem. In the last two years I got like 5 or 6 requests for reviews, most of them based on Youtube links or live recordings because the bands don't have any releases yet - makes sense eh?
Most of the time I ask bands to send me a copy of their latest release or so.
If I do it this way, I'm sure that I can provide a decent review because they can't be too shitty.
Asking labels is a thing I don't do, most of the time they send me their whole mongoloid back catalogue if I only want one CD to review. And then it is up to me to get rid of the other CDs.

5. If you could, please enlighten us with a list of some of your favourite German bands of all time as well as some newer bands from your national scene that have captured your attention in recent years? How’s the metal scene in your local region?

My favorite german bands of all time... because of my Metal roots I go with the following:

And only KTHRSS 'cause they are one of the few german bands that always had my full attention. You listen to some bands, then you lose interest after some time. Let it be after one song, one album or whenever. After discovering '666' I knew that this band is special.

Honorable newer troops from our deutsche Schwermetall Szene: Venenum and Chaos Invocation among the more obvious, Archaic Thorn and Orcus Chylde for those that like to go deep.

I live in the northwest area of Germany and contrary to popular belief, the local metal scenes in Germany are not too good at all. Especially in more rural areas. This good image only fits for the Ruhrarea or the big cities.
I will not damn everything because we have one fest here that is quite big and there are shows all over the year BUT the lineups on these shows are abit ominous. Most of the bands that play here are x-core or modern Metal.
It's pretty sad when you 'feel' alone in a town with 22k population and some small villages around and there isn't even one 'real' maniac. If I'm wrong and you're reading this, PLEASE get in touch with me.

In the end, I end up travelling to Hamburg, the Ruhrarea or other festivals far away to see bands I like because the local area isn't offering anything that is close to my understanding of metal.

Speaking of that festival (the Metal Splash), there is no reason for me to buy a 30€ ticket for a two day fest where I might want to see one band.
They had Nocturnal and Vader playing there last year which was a step in the right direction from my point-of-view but on the other side there was stuff like Rage, Freedom Call or Ektomorf. I could imagine that they'll go bigger and bigger over the coming years and change the location to the old army flying field that we have here to go with even bigger bands and bigger capacities.
Geographically, we are relatively close to Wacken so who knows... I'm hoping for the best.

6. Since you run a small label – making any kind of budget would seem dreadfully out of the question; so tell me why it is that you do what you do?

It's not dreadfully out of the question but small budgets make you think more than twice over every stupid decision. The optimum at the moment is when I lose no money on a release. If I make money out of one it is a highly appreciated bonus.
Back when I discovered Misty Grey, I was desperately searching for a physical copy of this EP so I ended up asking the band if there actually is one.
When they told me that they're looking for a deal I thought it was time to act.
This is because I do what I do.

7. How did you settle with the name Bellum Musicae as a label moniker?

Bellum Musicae because everything is war. War is eternal and war will never stop. According to politicians the times of war are over but this is not true. Alongside the open conflicts that are still dwelling on around the globe aka 'fighting terrorism', todays war is a more personal issue.
Our wars happen in daily life. Let it be personal struggle, disintegration of values or ill health
Music can help to withstand these times. Underground music is power.

8. What are your thoughts on people, who’s whole idea of good music revolves around technique rather than substance and content?

Good is relative and I won't take sides now.
Some people like the ultra-tech Death Metal stuff, I don't.
I won't damn any music because there are always exceptions.
I'm more of a traditional guy when it comes to Metal, that is true but I also enjoy Nile for example.
Does this make me a poser now? If so, I don't care anyway.
Elitists should pull the sticks out of their asses, same goes for hipsters.
Not everything that is not fitting in your scheme is shit.

You're giving me a hard time. All the stuff is or was available on tape.
In no particular order. Beware; some stuff is really obsure.

10. I think we’ve covered just about everything there is to cover, unless of course there’s something you would like to add? On that note: thanks for wasting your time answering these shitty questions. Good luck with your label activities.

You're questions were shit. Fortunaly I turned shit into gold with my answers.


A little poem to close the intie:
Falling in love is so hard on the knees
Love is eating your liver with clean utensils
Fuck off