Shub Niggurath - A Deadly Call From the Stars 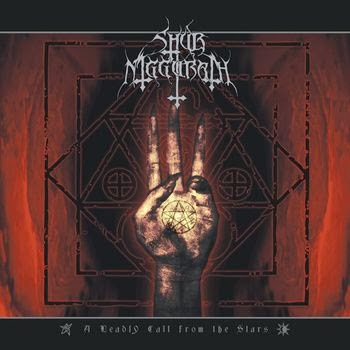 Back in the 90’s, Shub Niggurath released the classic, “The Kinglike Celebration (Final Aeons on Earth)”, which I personally regard as one of the best (and not to mention extremely underestimated) Death Metal albums ever recorded.

Fast-forward to 2011; after much delay and line-up hassles, with remaining original member Julio Viterbo (The Chasm, ex-Cenotaph), the band finally delivers their highly successful second opus, “A Deadly Call from the Stars”, with the lyrical content once again focused on themes relating to the Necronomicon and H.P. Lovecraft.

While the content stayed the same, there seems to be a slight shift in terms of style. The band seems to have opted for a more refined approach, but not abandoning their edge in any sense. You can’t expect a band to have the same sound after eleven years now can you?

The new blood, Carlos Lopez, does a terrific job replacing former vocalist, Arturo Alvarez, delivering a fierce, raspy growl, and complimenting the dark atmosphere embodied by the band. The band may have their feet firmly planted in Death Metal, but there’s undoubtedly some Black Metal running in their veins, and even more so than before. Speaking of the music (yes, the music), the style presented here can be summed up as a mixture between Black, Death and Thrash Metal, with Death Metal being the most prominent dose.

I don’t think fans of old Shub Niggurath will be disappointed by this release. There are basically no flaws to be found here. Everything is superbly crafted and arranged. It’s the same entity, but with new blades attained. The riffs are absolutely spectacular, sometimes reminding me of The Chasm, but somewhat different in their execution. The album in question compiles eight tracks of malevolent death metal darkness, that clock at a solid forty-eight minutes.  If you happened to miss out on this one, then I suggest tracking it down as it is absolutely worth it.
The Kult lives on.