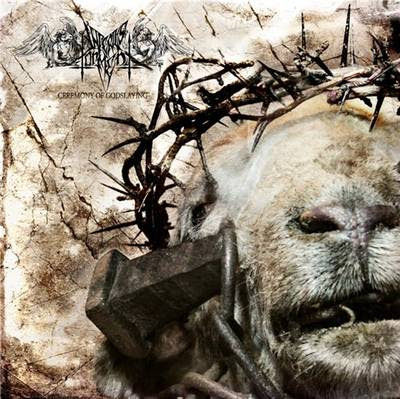 Inferius Torment is a black metal group from Russia who has released an EP, a demo, a DVD and two albums to date. “Ceremony of Godslaying” is their second full length release.

Inferius Torment play a very aggressive and chaotic style of black metal, taking influence from a collective hatred of religion and humanity as a whole. They occasionally throw in the odd melody or change it up with a choral passage and slow the pace down at times, but generally “Ceremony of Godslaying” is a very fast and chaotic beast. All the instruments sound pretty clear except for the bass; I really can’t tell if there’s any bass or not!

It’s clear that Inferius Torment is a band who knows what they want to achieve with their music and they seem to get their point across easily with their chaotic and blasphemous sound. The songs are all pretty cool, with my favourite being the second track “Evangelical Key”. If you’re into bands like Watain, Funeral Mist and other “orthodox” black metal acts, you could do a lot worse than pick up “Ceremony of Godslaying”.