Wolfhowl - My Return to the Mountains

Obscure one-man black metal bands aren’t usually my bag, so you can understand that I was naturally a bit skeptical when Faethon of the Greek band Wolfhowl approached me regarding a review of Wolfhowls’ first demo “My Return to the Mountains”. 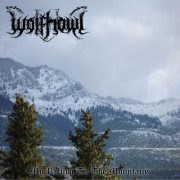 Musically, Wolfhowl is quite obviously influenced by the Norwegian black metal scene, bringing forth a rather pure and straightforward black metal sound with some Pagan influences and an epic feel to the tracks. The vocals are fantastic, sounding very demonic and evil, however, the cleans that appear in the third song could use some work. The guitar tone is cold and has that early BM sound to it and the riffs are great, but it’s clear that some improvement in techniques could help the band grow. The bass is audible in parts but doesn’t really play much of a role, as is typical of this type of music. The drumming is competent and does its job.

The songs tend to stick to a slow-to-mid-pace with some ambience added in to “The Coldest Winter” and clean vocals and a doomy/epic feel in the third and final track “On Northern Land”.  The ambience could definitely work well on future releases, however, I do think that Faethon should practice his clean vocals some more before using them again, since his rougher vocals are definitely his strength.

Wolfhowl have definitely caught my interest with this demo and I’ll be keeping an eye out for anything new that Faethon releases.